Developing Yourself with The Sphinx of Imagination

Having listened to The Sphinx of Imagination self hypnosis CD by Hypnotica, on and off, for a few years, I am still very impressed with it.

To begin with, I wondered if it was some kind of gimmick. It was my first experience with this kind of material and it certainly does something.

So what exactly is the The Sphinx of Imagination? That is the subject of the discussion laid down on this particular page. The creator's website states that it is:

"A one-hour hypnotic journey that has brought life-changing results to thousands. The Sphinx of Imagination is widely acclaimed to be "The Most Epic Hypnosis CD Ever Created".

Discussed and reviewed in the mainstream press and featured in the New York Times, it has set a new standard in the genre, one which few believe will ever be met let alone surpassed."

- Hypnotica: The Sphinx of Imagination

Lofty words. But does it deliver? In a word, I'd have to say - yes. 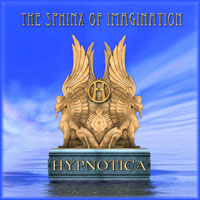 What's more perpelxing though is how it works and what it actually does to you. I have listened to the CD over fifty times and I'm not sure if I've ever stayed awake for the whole thing.

The story is like a matryoshka doll (Russian nesting doll) that takes you down to "sleep" and then brings you back up to full consciousness feeling refreshed/more confident/happier/more alive.

In the introduction, Hypnotica suggests the way to get the most out of the CD is to listen with a pair of high quality head phones somewhere you won't be disturbed for about one hour. I usually close the curtains and get into bed. An ideal time for me is early afternoon.

He begins to tell a kind of fantasy story involving angels, a Shaman and other mystical characters. One thing I take away from it is that he seems to want to open up our unconscious mind and think like we used to as a child - not in an infantile way but in the way that kids are less constrained by social barriers. After all, the CD is sold as a Personal Development product. Thinking in new ways plays a big part.

The fact that I keep coming back to The Sphinx of Imagination tells me it's more than just a one hit wonder. Unlike many other Personal Deveolpment products, it is priced very reasonably and costs less than $20. If you think it sounds like a load of rubbish, then it might not be for you.

However, if fantasy is your thing and you're intrigued by the idea of opening up your unconscious mind, then you may get some benefit from The Sphinx of Imagination.